I have been playing for dance, performance, theater, and for fun since around 1991.

I have played for dance and performance events in Canada, Croatia, France, Scotland, most of the Eastern and some of the Western United States. No territories yet. Here are maps of past performances (in blue): 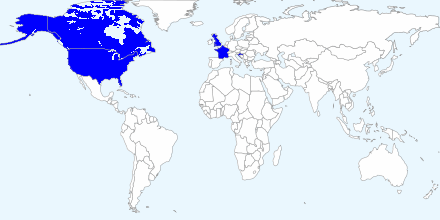 I competed and placed in regional Scottish fiddle performance and composition competitions, and I qualified to compete at the US National Scottish Fiddling Championships in 1997.